What is Bodily Autonomy? 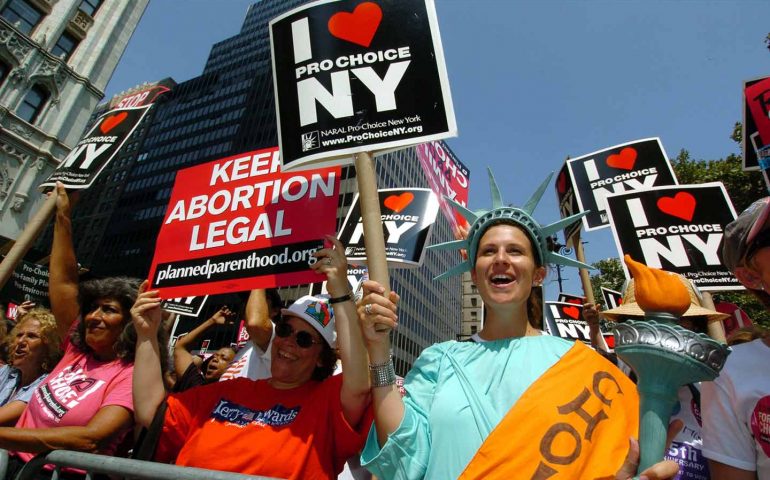 The human body is greatly regarded as the temple of God, in accordance with Christianity’s teachings and beliefs as a religious denomination that is followed, lived by and practiced all over the world both in faith and by action.

With this on hand, it is of utmost essence, need and concern that every human being should give respect and importance to his or her own body, as a whole, for it is the greatest representation of God’s image and likeness, so to speak.

Despite this Christian teaching and belief that has impacted some, if not all of the individuals around the world, prevalent impending and horrendous realities have remained rampant all over the globe, which results in the violation, abuse and assault of the human body, and on a larger scale, has affected his or her right to attain bodily autonomy.

In this article, we will be focusing our limelight of discussion on the scope of Bodily Autonomy and its examples in an in-depth perspective. Let us begin.

The Definition of Body Autonomy

Body Autonomy is defined as the person’s right to take full governance on everything that transpires inside and outside his or her respective body, with the guarantee that he or she does not result in the proddings of coercion and external influence, so to speak.

Body Autonomy is absolutely an essential concept that should be taught to every individual, even at a very young age. In effect, he or she will have an in-depth understanding on how poignant and essential it is, respectively.

An empowered individual who obtains the characteristic of being bodily autonomous is believed to be less inclined to fall on a trap that will lead him or her to be a victim of horrific instances and situations that involve violence, sexual assault and sexual abuse.

In addition, the empowered individual is more likely to be inclined to result in disclosure, in terms of any abuse-related events that may inevitably transpire in his or her lifetime.

In the perspective and point of view of the parents, it is truly difficult to accept on their part that abuse has happened or may happen in an unexpected time and date in the later part of their children’s lives.

Yet sadly, as a reality, it may happen frequently in their lives even if they do not wish and envision for it to happen to them in the future.

As an example, in the premise of statistical data, the gathered data shows that one in every 20 males and one out of every three females are more likely to fall in the prey of being a victim of sexual contact, specifically when they celebrate their 18th birthday, so to speak.

A sad reality remains to become prevalent as the perpetrator of such violence is someone that is highly known and trusted by the individual.

In the means of emphasis, body autonomy is absolutely important because even at the very eyes and point of view of the young and innocent child, he or she is both aware and knowledgeable that his or her body is solely a property that he or she can treat with ownership, despite given instances that it is sometimes enforced to be a property of others, so to speak.

In conclusion, bodily autonomy leads the individual to the direction of empowerment as he or she is more driven to attain caution, mindfulness and self-discipline, in terms of how he or she gives due respect and high regard to his or her body.

If the individual is ladened on these facets of bodily autonomy, it is never impossible for the individual to achieve his or her dreams, aspirations and goals in life, without resulting in the fear of being a victim of any form of violence.

In entirety, any form of violence is never acceptable, and is never humane, as it will lead to the destruction of an individual’s life which will greatly dull the hope, of creating a better version of himself or herself in the longer run.

The Top 4 Examples of Bodily Autonomy

As emphasized and discussed in the first part of this article, bodily autonomy is defined as the violation of the physical body wherein an emphasis on the importance and the very essence of personal integrity, self-respect, self-determination and self-ownership is catapulted in the upliftment and promotion of bodily awareness, in the perspective of the human individual, as a whole.

In the perspective of human rights, bodily autonomy can be violated, in terms of the following premises which are unethical intrusiveness, unethical infringement, and criminal possibility, so to speak.

In the words of American Philosopher Martha Nussbaum, she highly emphasized through her authored “Ten Principle Capabilities Approach” that bodily autonomy, on the basis of her own words and thoughts is defined as follows:

“Bodily Autonomy is the state of free movement that the individual enjoys in a manner of being from one place to the other, by being in conformity with ease and security against the prevalent threats of violence and sexual assault, and most importantly, being able to have a grasp on a handful of opportunities that will provide the individual both an optimal level of sexual satisfaction and a choice of matters in terms of reproduction.”

Below are 4 of the top examples that impede and affect the achievement and attainment of Bodily Autonomy in the perspective of the individual as follows:

In the description, a virginity test is both a worldly renowned process and practice that is intended to determine both the following aspects in a female individual as follows:

1. The virginity test serves as a contributing factor that will manifest evidently if a certain woman or girl is still a virgin.

2. The virginity test serves as an attributing factor that will reveal evidently if a girl or a woman experienced sexual intercourse in the span of her lifetime.

As a procedure, the test involves a direct check on the presence of an intact hymen and through that, an assumption can already be drawn if the woman was involved in sexual intercourse beforehand, because it will appear torn, once the test is conducted respectively.

In the guise of promoting bodily autonomy, it is an example that is largely considered unethical for the reason that it is associated and linked to rape and sexual abuse.

As a result, three organizations joined forces and these are UN Women, World Health Organization, and UN Human Rights, in calling an end to virginity testing as it constitutes a traumatic, humiliating, and painful experience on the part of women who felt violated because of the test.

This example is defined as a ritual that involves the removal and cutting of the external portion of the female genitalia, either a portion or the entirety of it.

This practice is common in some communities and parts of the world, specifically in the Middle East, Asia, and in Africa.

In the guise of bodily autonomy, this example is highly impending as it roots from the reality of gender inequality which in the longer run, is an attempt to take large control of women’s sexuality, beauty, modesty, and purity.

Male Circumcision as an example is defined as the removal of the foreskin from the human penis.

In the realms of medical procedures, this example covers the procedural steps of opening the foreskin, the removal of adhesions and the separation of the foreskin from the glans, in entirety.

As an option, some countries medically adapt the usage and insertion of the circumcision device, once the foreskin has been successfully cut off.

Although the main logic and reason behind the performance of male circumcision is ladened on the premises of being hygienic and cultural, this example remains controversial, as bodily autonomy is of great concern, as it affects some human rights concerned, most especially in the realms of informal consent.

In definition, both sexual abuse and assault are highly related and can be emphasized in three simple explanations as follows:

1.It concerns the violent intention of touching  a person sexually, without his or her consent.

2.It concerns the violent action of inflicting pain to a person sexually, which results in coercion.

3. It concerns the violent action that involves physical force, which results in the engagement of a person in an unwanted sexual act that is against his or her will.

Bodily Autonomy Examples are rampant nowadays regardless of the situations and conditions that his or her country is in.

Thus, as a way of coping, preparing and protecting one’s self from the impending realities that affect the attainment and promotion of Bodily Autonomy, here are the 7 effective strategies that can be adapted by the individual in order to widen his or her awareness and understanding of bodily autonomy as follows:

1.The individual can adapt the usage of empowering, correct and unambiguous anatomical terminologies, as a means of giving names to his or her body parts, and most importantly, with his or her genitalia.

2. It is never shameful to say “NO” to individuals who are much older than the concerned human individual.

3. It is best to imply the practice of asking for permission in terms of individuals who would want to create a bodily contact with the concerned individual.

4.It is highly advisable for individuals to create a line of demarcation in terms of deciphering what it means to be “okay” and “not okay”, in the perspective of bodily contact.

5.It is highly suggested for individuals to create a knowledgeable barricading line in terms of understanding what it means to have “okay” and “not okay”, in the perspective of secrets.

6. The individual must come to a realization that it is never his or her fault if something happens to his or her body that is totally beyond his or her consent, even if he or she may be in trouble. It is a guilt-free situation for him or her.

7.The individual must be steadfastly brave in reporting any incident of abuse and violence to proper higher authorities concerned, as these are the duly authorized people that can be of great help to him or her.