What is Discrimination and Prejudice? 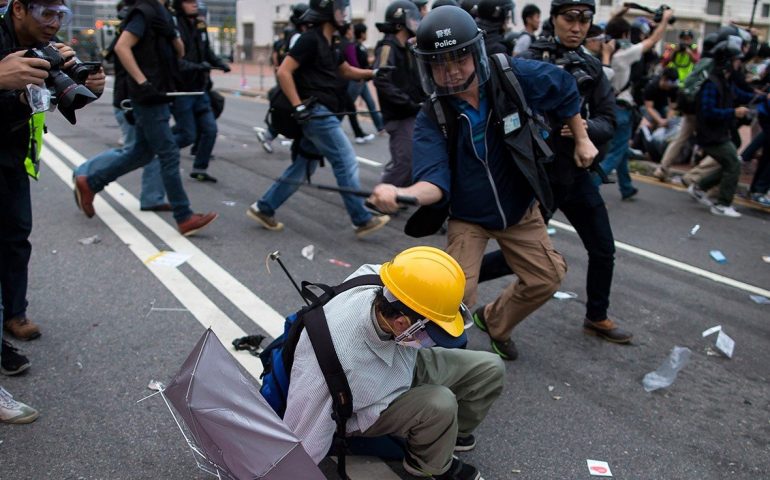 Racial discrimination and prejudice are still an issue in 2020. People might thinks it’s been left in the past like it should, but it still exists in the world and is causing conflicts, massacres, and even wars.

Before jumping into it directly, defining race must be done to fully understand racial discrimination and prejudice. So, race refers to as being part of a group of people identified by their color, nationality, citizenship, or ethnic or national origins. Racism and prejudice are words still used often anywhere even until today.

Racism and prejudice are two words that are often used interchangeably. Their definitions may overlap but the two actually mean different things.

Having a rule, policy or practice which people of a particular racial, ethnic or national group are less likely to be able to meet than other people, and this places them at a disadvantage. This is indirect racial discrimination.

Examples of indirect discrimination could be if an employer insisting that candidates for a job should have UK qualifications, banning of wearing headscarves, insisting on the wearing of skirts, at work or at school, and an employer insisting that someone has English as a first language. You may be able to make a complaint about it if you think that indirect racial discrimination might have occurred. However, if the person or organization you are complaining about can show that there are genuine reasons for the rule, policy or practice and that it has nothing to do with race, this won’t count as discrimination.

Because the two words are somehow connected, prejudice, most of the time, begets racism. When the Japanese attacked Pearl Harbor on Dec. 7, 1941, the U.S. public viewed Americans of Japanese descent suspiciously. Although many Japanese Americans had never stepped foot in Japan and knew only of the country from their parents and grandparents, the notion spread that the Nisei (second-generation Japanese Americans) were more loyal to the Japanese empire than to their birthplace—the United States. Acting with this idea in mind, the federal government decided to round up more than 110,000 Japanese Americans and place them in internment camps for fear that they would team up with Japan to plot additional attacks against the United States. No evidence suggested that Japanese Americans would commit treason against the U.S. and join forces with Japan. Without trial or due process, the Nisei were stripped of their civil liberties and forced into detention camps. The case of Japanese-American internment is one of the most egregious cases of racial prejudice leading to institutional racism. In 1988, the U.S. government issued a formal apology to Japanese Americans for this shameful chapter in history.

In the Western society, racial stereotypes are so prevalent that even the very young exhibit signs of prejudice.  Given this, it’s inevitable that the most open-minded of individuals will have a prejudiced thought on occasion. One needn’t act on prejudice, however. When President George W. Bush addressed the Republican National Convention in 2004, he called on schoolteachers not to give in to their preconceived ideas about students based on race and class. The then- president singled out the principal of Gainesville Elementary School in Georgia for challenging the soft bigotry of low expectations. A significant 90 percent of pupils there passed state tests in reading and math although poor Hispanic children made up most of the student body. Had school officials decided that the Gainesville students couldn’t learn because of their ethnic origin or socioeconomic status, institutional racism would have been the likely result. Administrators and teachers would not have worked to give the student body the best education possible, and Gainesville could’ve become yet another failing school. This is what makes prejudice such a threat.

Because of overt prejudice, hostility or negative feelings held by someone about a racialized person or group, racial discrimination may occur. A lot of people are still treated unequally, such as by being refused a job or apartment, or even simply because of overt bias towards them based on race.  People may also experience racial discrimination because of stereotyping. This involves attributing the same characteristics to all members of a group, regardless of individual differences. It is often based on incomplete information and/or false generalizations and even misconceptions. Stereotypes assume negative characteristics about a group in most cases. Even those who are meaning well and not overtly biased can still nevertheless be stereotype. Racial profiling is also under racial discrimination. This is a form of stereotyping that has particular implications for racialized persons.

Race only needs to be a factor in the conduct alleged to constitute profiling. In determining whether racial profiling occurred, there are considerations that may help. It includes statements that indicate prejudice such as racial comments.

Racial Discrimination at the Workplace

Discriminating a person because of his or her race is illegal for an employer. No matter how few or many people they employ, this includes all employers. Most workers, including employees, agency workers, trainees and those who are self-employed have protection from race discrimination at work. This includes: recruitment and selection, promotion, training, pay and benefits, redundancy and dismissal  and terms and conditions of work. Trade unions have a duty not to discriminate against their members or those wanting to become members. There are some situations where employers are allowed to treat you less favorably because of your race and this won’t count as discrimination.

Racial discrimination in schools is very common. Discriminating against someone because of his or her race is illegal for any school, college or institution. This applies to both state and private schools and colleges. In any of its policies and practices, a school, college or institution must not discriminate. This includes its: admissions policies, treatment of pupils, exclusions and decisions about a pupil’s special educational needs or disability. Schools, colleges and institutions also have a duty to protect pupils against racial abuse and violence from other pupils, both on school premises or on the way to or even from school.

What should you do if you encounter discrimination?

There are a number of things you may be able to do, if you think you’ve suffered race discrimination. These include: talking to the person or organization that discriminated against you, using a grievance procedure or making a claim to an employment tribunal if it is an employment problem, publicizing your case through the media, taking legal action through the courts and giving details of the problem to an advice agency who may able to refer it to the Equality and Human Rights Commission in your country, if you believe the problem is already widespread. You will need to think about what you are trying to achieve, when deciding what action to take about race discrimination. You will also need to think about how quickly you need to get a result.

Humans can experience conflict when interacting with people who are different from each other, as diverse individuals. Prejudice, or negative feelings and evaluations, is pretty common when people are from a different social group. The negative attitudes toward out-groups or people from a different group can lead to discrimination. Racial discrimination and prejudice against others can be based on gender, race, ethnicity, social class, sexual orientation, or a variety of other social identities. In-group’s who feel threatened may blame the out-groups or the people from different groups for their plight, thus using the out-group as a scapegoat for their frustration.

Racial discrimination and prejudice persist in society due to social learning and conformity to the social norms. Children learn prejudiced attitudes and beliefs from society like for example from their parents, teachers, friends, the media, and other sources of socialization or social media, such as Facebook and Twitter. If there are certain types of prejudice and discrimination are acceptable in a society, there may be normative pressures to conform and also share those prejudiced beliefs, attitudes, and behaviors. As a modern example, public and private schools are still somewhat segregated by social class. That is really evident in today’s generation. Historically, only children from wealthy families could afford to attend private schools, whereas children from middle-class and low-income families typically attended public schools. That is the usual scenario even until today. How might the child be treated by classmates, if a child from a low-income family received a merit scholarship to attend a private school?

Prejudice is an idea or opinion that disregards the basic facts. It’s akin to ignorance, or a lack of knowledge, experience or education. It’s something that should not be tolerated, as we all strive for betterment and higher learning. The major problem with prejudice is that it often ends in discrimination, or biased treatment based on someone’s race, gender, religion, sexual orientation, socioeconomic background, or other characteristics. In essence, prejudice is a person’s or people’s feeling and the act of discrimination is the pitiful end result. To make sure we remain in a free society that nurture’s everyone’s well-being. Here are various examples of prejudice so we know how and when to steer clear.

One is religion. To give an example, deciding that all Jews are greedy manipulative devils that will bring disaster to humanity. So, you take action and you deport them to work camps and gas them to death like that of The Holocaust in World War Two. Another would be saying that all Muslims are terrorists who are planning to kill you and your families. Another would be ethnicity. The Nazi’s believed in the superiority of the Aryan race, and how Asians like the Japanese, the Nordic people, and the Anglo’s (British) were also great, but that the French, the Slavs, the Blacks and the Southern Europeans (including Italy) were inferior. Including many in Japan and China, some in Europe and etc., and regard others like Arabs, Latinos and Indians as inferior, many people believe their ethnicity is superior today. Also, an issue that could be under prejudice is nationality. Some people will simply dislike you because of what country you are from. Sometimes this is understandable that there are still people alive today who suffered under the Nazis. And so, whilst it is sad that they may hate German people as a result, it’s really understandable. Others even hate other nationalities for more petty reasons, like Mexicans are bringing loads of drugs and rapists or that the British are occupying the Falklands and are evil’ and/ or etc.

PrevPrevMost Painful Example of Religious Persecution in History
NextThe Blasphemy Laws of Pakistan: To Protect or To Kill?Next