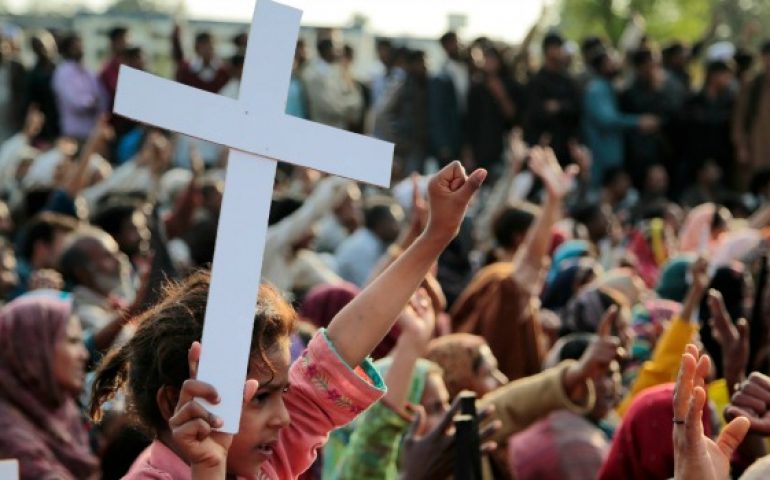 The persecution of people all over the world has already become a serious problem that happened centuries ago and up until now, whole communities are suffering purely because of their beliefs and religion. Persecution is continuously happening, causes bigger problems and violence that includes annihilating whole religious groups. We have already witnessed immeasurable happenings of persecution for five years alone, and it’s not enough, there are still people being persecuted as of this moment.

Just these past few years, the world witnessed malicious violence that meets the United Nations legal definition of genocide.

So, the United Nations raise awareness of this serious abuse and discrimination by making August 22 a special day. This resembles that there is always a light that shines on those who are forced to live out in dark corners where acts of cruelty and violence based on beliefs or religion are daily realities.

Below are the main reasons we should seriously take the persecution situation that is happening around the world.

In 2014, the world was shocked by the ‘Daesh’ (Islamic State, ISIS, and ISIL) attack. Daesh attacked the religious minority groups in Iraq, intending to destroy them and establish a pure Islamic congregation. The terror movement involved rape, murder, kidnapping, sexual slavery, human trafficking, and even cultural heritage destruction. This wickedness happened just because the victims belong to different religious groups.

In 2016, the Burmese military launched an extremely violent and cruel attack against the Rohingya Muslims living in Rakhine State. The attack has then reached the level of genocide where 700,000 people are forced to oust Bangladesh and find places where they can be safe.

Independent international fact-finding mission on Burma provided their reports that “the nature, scale and organization of operations suggested a level of pre-planning and design on the part of the Tatmadaw (military) leadership.” The savagery act has reinforced the commander-in-chief’s vision, senior general Min Aung Hlaing, looking for a solution to what he referred to as “The Bengali problem.”

Ming Aung Hlaing meant “The Bengali problem” as the Rohingya Muslims living in Bangladesh for decades as illegal immigrants.

The world knows how much suffering Christian farmers in Nigeria experience day by day. People who live in the Middle Belt have been slaughtered, and hundreds of lives have been taken away by those who perform immoral and violent acts. Fulani herdsmen have been treating people brutally. As of this moment, Nigeria is continuously suffering from Boko Haram. This terrorist community in the region kills anyone who disagrees with their perverted ideology. The terror has been happening for decades.

It is not just Christians in Nigeria suffering from persecution but also, an estimated one million Uighur Muslims in China. These people have been held up so they could attain “re-education camps,” which makes them disregard their religious beliefs and ethnic identity, forcing them to replace it with absolute loyalty to the state. There are also people from Falun Gong, a religious, spiritual practice who was imprisoned. Many of them went missing without a trace.

Christians and Ahmadis living in Pakistan who are practicing religious minorities have been subjected to persecution. They have been suffering from severe discrimination that often results in acts of violence performed with impunity. One of the examples that suffer persecution is the Christian couple name Shahzad and Shama Masih. They were beaten and burnt alive by a mob for allegedly blaspheming the Koran.

In Pakistan, there were instances that Christians and Hindu girls and women are forced to engage in conversion and arrange marriage. Religious minorities were also suspected of violation have been attacked by the angry mobs and led to murder.

But even the justice system in Pakistan cannot provide the victims of persecution with fair trial or amends. For example, Asia Bibi, a Christian woman, was accused of blasphemy and spent nine of her nine years on death row. Asia’s conviction was ultimately cancelled when people made an international outcry. However, there are still many of them facing death, persecution, violence on accusations of blasphemy.

What needs to be done?

States and civil society representatives should start acting by speaking International Day Commemorating the Victims of Acts of Violence Based on Religion or Belief. Their aim needs to be done by unity and addressing this neglected issue all over the world.

This act will provide a springboard and raise awareness of this serious atrocity towards making action and execute the plan rather than being an end in itself. What will happen to the subject of persecution that is currently happening in every part of the world is up to all states, civil society, and individuals. Everyone has a role to play in making August 22 a meaningful day. This uprising can bring changes to people’s lives who live all throughout the darkness and target their religion and belief.

People should be concerned about what plan needs to be addressed for different types of persecution performed in different parts of the world. There should be people who are willing to pursue their advocacy in improving human rights by any means or adjusting to meet international standards. All people should learn and be introduced to mechanisms that strengthen the implementation of world peace and balance. Also, paying attention to some serious problems around the world like criminal persecutions, rape, kidnapping, etc., would help stop human rights violations.

Your support matters and is needed by the people who are continually suffering from persecution in this cruel world that we are living in. This year, we take our step forward to pursue world peace and raise awareness of how important human rights are. Make sure you participate!