History of Persecution against Christians 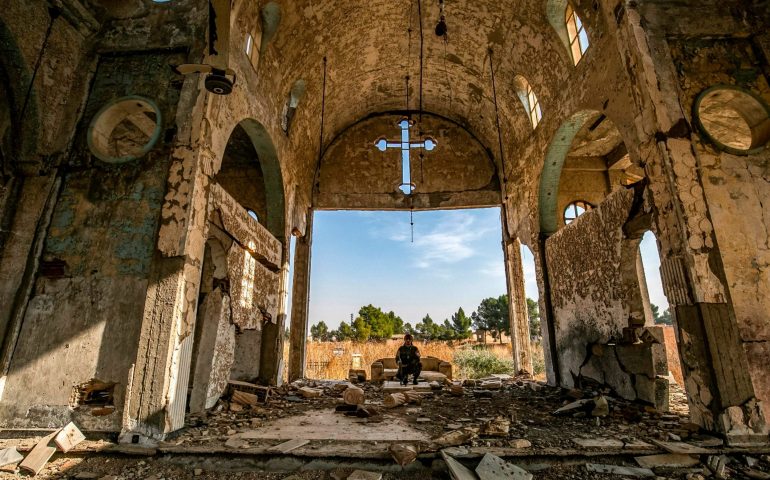 With Jesus’ death on the cross, persecution against Christians has become rampant. Accordingly, he was not the only one who suffered. More believers sacrificed their lives for their faith.

Christianity was not an easy road for many who have a strong faith. Since before, many need to endure a lifetime of discrimination just to express their belief.

Saul of Tarsus was one of the very first persecutors of Christians, as noted in the New Testament. The Book of Acts told how he led a Jewish religious gathering to decide for Stephen’s life.

The Christian martyr was stoned to death after he was charged with blasphemy.

In an ironic turning point, Saul, later on, became a convert to the religion. He declared his new faith after he received a vision of Jesus in the clouds. He even changed his name to Paul after it.

With the convert becoming a Christian, he also did not escape imprisonments and persecutions. He experienced the same brutal tyranny of the people.

Stephen and Paul’s stories might be part of the Bible, and some might consider it as fiction, although Emperor Nero’s oppression was something real.

Generations after the death of Jesus on the cross, Christianity reached the farthest lands. It encountered the Roman Empire, which Nero rules.

Judaism was the ruling religion at that time in the Empire. It was the hope of the needy, and they do not accept any other. With the entrance of the new beliefs, they felt threatened.

The Roman authorities and the Jewish authorities have the same perception regarding the matter. They despised the entry of a new faith where there is a person who they believed was king above all.

Christianity in the Early Roman Empire

The Great Fire of Rome was the deciding factor in the lives of many Christian believers. In that summer of 64 AD, a fire broke out and consumed properties and lives for six days and five nights.

Due to the threat the religion initially posed, Emperor Nero declared the Christians responsible for the colossal fire. It was the first massive persecution for all.

Until today, many historians still believe Nero himself was the instigator of the occasion. He only set up the believers because they were an easy target. They do not hold the same gods, so they are blamed for any disasters and calamities.

The Emperor was free from the people’s accusations even after building a palace in some parts where the fire broke.

On the side of the Christians, they were arrested and tortured. Nero himself gave the order, so they were free for all. The believers received the hatred and angst of the whole Romans.

Many religious sects were not only tortured, but they were put for amusement by some people. When they could not endure it, they simply died from the horrific incidents.

Nero even offered his garden for his people’s amusement. They played sports while using the Christians. Aside from it, most races liked wild animals. Some were even used as human torches during the night.

Some people sympathized with the believers. However, the prior incident and Emperor Nero’s push made them believe it was for the public’s good.

The treatment lasted for several years until the most significant blow of the century, the Diocletianic Persecution. It was another dark time for everybody.

The Roman Christians were discriminated against through stripping of legal rights. They need to worship the Roman Gods, or more bad things will happen to them. Once again, it was broad discrimination.

When the Edict of Milan was passed in 313 AD, the Christians finally managed to breathe. The persecution finally ended, and some of their rights were restored.

The Conversion of Constantine

Another turning point in Roman Christianity was Emperor Constantine. In 312 AD, he converted to the religion. It was a massive matter because Emperors often see the believers as criminals.

With Jesus dying as a criminal, no one can accept the conversion right away. However, it was a massive leap for the religion. The people slowly welcomed the Christian believers.

Christianity was not the only one that gained points from the conversion. Pagans were also made to worship freely. Both also had their properties restored during the early persecutions.

With the new set up, Constantinople was founded. Paganism and Christianity were clashing at this point. The latter believed that the new city was built for them. However, Constantine has different religious standards.

The Progress to the 20th Century

Christianity’s progress was slow yet unsure at the start. When Emperor Constantine broke the ice, it was a colossal win, yet there are still matters to face.

The number of believers increased, and the Roman Christians spread wide and far over time. It offered solace for people in need of spiritual comfort through salvation. However, the battle with Paganism is still on.

There are still reservations when it comes to religions. Aristocrats and other citizens were wary of the faith, so they kept on doing the Pagan standards.

Time went by, and different people ruled the Roman Empire. There was a lot of change, mostly when one emperor nods on giving more weight to Christianity. There were laws made for it.

Several centuries later, French Revolution became a prominent era. It was also a turning point for the faithful Christians. However, they were faced again with massive persecution.

With the overthrow of Louis XVI, Christianity lost its footing. The Catholic Church was challenged. A lot of clergymen were made to swear behind the revolution and renouncing their faith.

The Reign of Terror frighteningly happened. Churches were ransacked and destroyed in the hope of severing the ties of the people to its monarchy.

Notably, there were close ties between the relation and the ruler. Christianity was the bridge where the upper class can win the masses.

The churches were not the only affected symbol of faith. All related to Christianity were ravaged from crosses to monuments. Even religious education was stopped. Whoever disobeys will face the government’s wrath.

After several years of persecution, a hero emerged to help the Christian Believers. Napoleon Bonaparte rose as the new ruler. His views were different, and he swore to the religion.

Many historians saw the significance of Bonaparte in the new emergence of Christianity. He did not only restore it but revolutionized the Church as well.

With the new ruler, Christianity became a much-known religion. It was the anchoring faith of most French people.

Christianity’s growth once again faced a setback when Napoleon set in motion the Organic Article. Pope Pius VII protested with all his might the new decree, although the ruler still won him afterward.

Napoleon Bonaparte was crowned as emperor, and his biggest supporter was the Pope. With it, the people saw the acknowledgment of the religion. They braced the development.

The new emperor used the power of the church along with his political machinations. However, his true colors showed after a while. He was responsible for the loss of two popes, Pius VI and Pius VII.

With the Secularization happening fast, Bonaparte brought Christianity to many places in the world. It has been a vital bridge since before to the people and the government.

Several other rulers used Napoleon’s idea of secularization after him. It helped cement the status of the religion as one of the most recognized all over the world.

Despite the considerable influence of Christianity, there are still people indifferent to it. Persecutions even happen when clergymen set foot in new places. It is once again like the Roman Empire’s time where people have different beliefs.