Profile of the Most Persecuted Religions Today 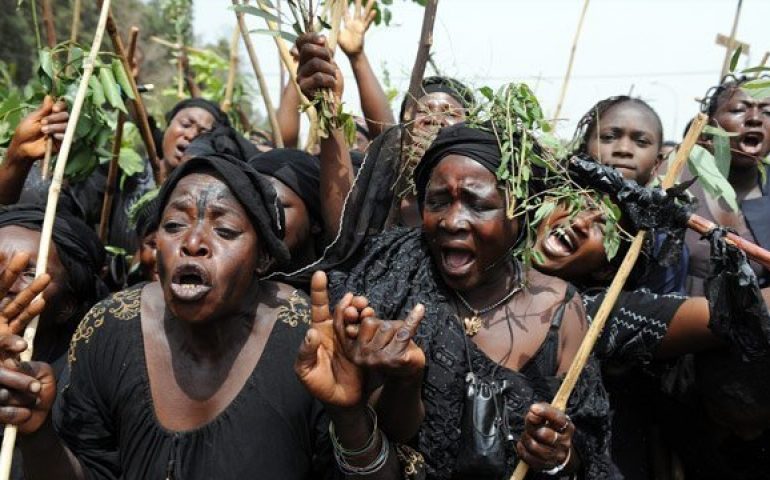 Persecution is the systematic mistreatment of a person or a group of people. For oppression to exist, there needs to be an oppressor and a victim. Society’s institutions, such as government, education, and culture, all contribute or reinforce discrimination towards marginalized groups.

Religious persecution is among the most common types of oppression and it is rampant nowadays. All religious faiths are victims of oppression. Religious minorities are often persecuted for what they believe in.

So to shed light on the situation of the world today, please take a look at this list of the most persecuted religions today.

It is noticeable that when you make a simple search on the internet on what is the most persecuted religion today, Christians are always number one on the list despite being among the top religions in the world with the most number of populations. Christian minorities are often intimidated and murdered in Muslim nations. They suffer from discriminatory practices and awfully invoked blasphemy laws. Churches can also be burnt down in these places with little to no protection or justice. There are also some places were constructing churches is prohibited, and becoming a Christian is punishable by death.

Ongoing pervasive persecution of Christians in some parts of the Middle East is sometimes amounting to genocide. Millions of Christians in the region have been taken from their homes, and many have been killed, kidnapped, imprisoned, and discriminated against. The findings of some of the reports have shown accusations towards leaders of tolerating or instigating the prosecutions.

There are strict limitations on all forms of expression of Christianity in Saudi Arabia, which includes the ban on public acts of worship. Also, there have been regular crackdowns on private Christian services. State-sponsored social media is found to have been inciting hatred and publish propaganda against Christians, especially in Iran, Iraq, and Turkey. In fact, the governing AK Party in Turkey views Christians as a threat to the stability of their nation. There are also reports that school textbooks in Saudi Arabia are teaching children religious hatred and intolerance against non-Muslims, including Christians and Jews.

Antisemitism is sometimes considered as the oldest form of hatred. It is the hostility and prejudice towards Jewish people. This form of discrimination originated back to ancient times in the majority of Europe throughout the Middle Ages. During these time, Jewish people were denied citizenship and were forced to live in ghettos

In the ancient empires of Babylonia, Greece, and Rome, Jews were often criticized and persecuted for their efforts to maintain a separate cultural group instead of embracing the religious and social customs of their conquerors. Throughout the 1800 and early 1900, Jews throughout the Russian empire and other European countries faced violent, anti-Jewish riots called pogroms. A local non-Jewish population would perpetuate the pogroms against their Jewish neighbors, and government and police forces often backed them.

In the wake of the Russian Revolution, an estimated 1,326 pogroms are thought to have taken place across Ukraine alone, leaving nearly half a million Ukrainian Jews homeless and killing an estimated 30,000 to 70,000 people between 1918 and 1921. Pogroms in Belarus and Poland also killed tens of thousands of people.

When Nazi and Adolf Hitler rose to power in the 1930s, he blamed the Jewish for the defeat of the country, and for the social and economic upheaval that followed. Soon after this, Jews became the usual targets of stigmatization and persecution.

Early on, Nazis undertook an Aryanization of Germany, in which Jews were dismissed from civil service, Jewish-owned businesses were liquidated and Jewish professionals, including doctors, were stripped off their clients.

The Nuremberg Laws of 1935 introduced many Anti-Semitic policies and outlined the definition of who was Jewish based on ancestry. Nazi propagandists had swayed the german public into believing that Jews were a separate race. According to the Nuremberg Laws, Jews were no longer considered as German citizens and they were not given the right to vote.

One form of harassment they experienced was the culminated state-sponsored campaign of street violence called “Kristallnacht” or “the night of broken glass” which happened between November 9 to 10.

In just two days, more than 250 synagogues across the Reich were burned and 7,000 Jewish businesses were looted. The next day after the Kristallnacht, 30,000 Jewish men were arrested and sent to concentration camps.

Nazi policies towards Jews had been harsh but non-violent before Kristallnacht. However, after the incident, conditions for Jews became progressively worse as Hitler and Nazis started to implement their plan to exterminate the Jewish people by sending them to concentration camps to carry out systematic murder. This became known as the Holocaust.

Anti-Semitism in the Middle East has also existed for millennia but increased greatly since World War II. Following the establishment of a Jewish state in Israel in 1948, the Israelis fought for control of Palestine against the coalition of Arab states. At the end of the war, Israel kept the majority of Palestine, resulting in the forced exodus of roughly 700,000 Muslim Palestinians from their homes. This conflict created resentment over Jewish nationalism in Muslim dominated nations.

Modern antisemitism is most apparent in Western Europe and among Muslim countries. However, there is also antisemitism and violence against Jews that are taking place in the United States. According to the Anti-Defamation League, there were 1,879 attacks against Jews and Jewish institutions in the United States in 2018. The biggest threat to Jews today is the white supremacist groups that have grown in numbers and audacity in the last few years.

Many Muslims across the globe are persecuted, abused, and murdered by non-Muslims and their fellow Muslims. Daesh’s reign of terror is also known as the Islamic State of ISIS. They attempted to destroy the Yazidi and Christian minority groups in Iraq to establish a purely Islamic state in the country back in 2014. The attack involved murder, kidnapping, human trafficking, and the destruction of some cultural heritage.

In India, citizenship rules have changed, and amendments have given preferential treatments to certain religious groups. This amendment is explicitly barring Muslims to gain citizenship in India. This has all led to communal violence against Muslims who have their homes, businesses, and mosques targeted.

Although they are people who are considered to have no religion and no belief in God or to an eternal being, atheists and other religious skeptics suffer persecution or discrimination in many parts of the world. In fact, there are seven nations in which they could be executed if their beliefs become known.

The International Humanist and Ethical Union conducted a study that revealed that non-believers in Islamic countries face the most severe, and sometimes brutal, treatment at the hands of the authorities and of the state. This hostility is also evident in some parts of European countries and in the United States where the religious people and humanists consider atheists as outsiders.

In countries such as Bangladesh, Egypt, Indonesia, Kuwait, and Jordan, the publication of atheist and humanist views on religion are completely banned and strictly limited under laws prohibiting blasphemy. In Malaysia, citizens have to register as adherents of a small number of officially recognized religions, which often include no more than Christianity, Judaism as well as Islam.

In America, their society’s antipathy towards atheism is as old as America. Although many colonists came to the United States to practice their own faith freely, they brought with them the notion of religious liberty that only extended to a few numbers of religions. Nonbelievers were either few and far between in Colonial America or understandably cautious about making themselves known.

One of the few who did was Roger Williams. Williams was banished from the Massachusetts Bay Colony for spreading what they labeled as diverse, new, and dangerous opinions. He offered a view of the separation of church and state to the point that it seemed to accommodate atheists.

Over the past decade until today, many religious minorities are suffering from economic and social isolation. This is a kind of violence that affects religious groups. Dominant groups commit actions that are against the minority such as harassment as a form of threatening others. The victims endure intimidation, discrimination, and abuse simply due to the fact they belong to a different religion.

In this supposedly enlightened, tolerant age, people are routinely brutalized, jailed, and killed for their faith in God or lack of it. Hostility is still evident in various parts of the world.

PrevPrevSocial Injustice: What is it, Examples, and Solutions
Next10 Famous Martyrs and Why They Died (Updated 2020)Next