The Fight for Civil Rights and Freedom 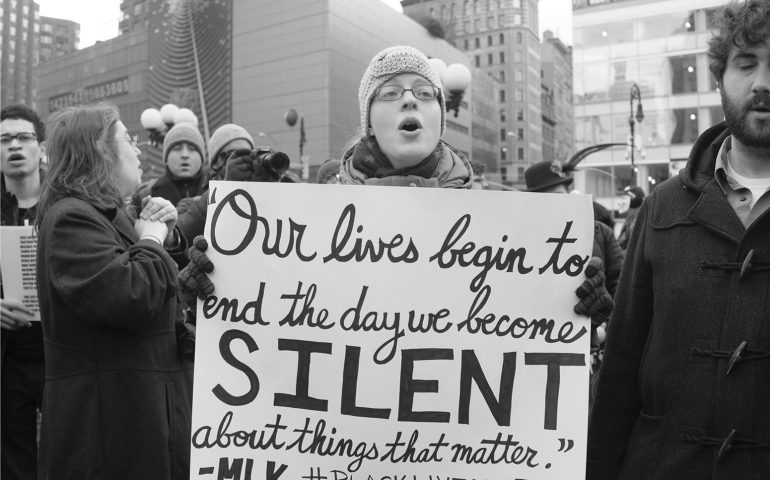 The article places the limelight on the fight for civil rights and freedom. Civil Rights, in the field of Law, are known to be the kind of rights that place it’s great touched emphasis with social justice in society. In History, movements were made in order to achieve its fullest promulgation and establishments in the different countries of the world.

On the other hand, Freedom is generally known and understood by individuals as the total and maximal achievement of liberty, in all of life’s aspects. The premise of freedom being practiced by the individual is that he or she should remain steadfast in maintaining full responsibility and discipline, in making the most out of that given freedom. Although at present, the fight of civil rights and freedom continues in some parts of the world, as some individuals from other nations are impeded to do so in applying and achieving it fully in optimum.

Thus, we will focus our limelight in this article, to 5 different personalities with their different points of view, takes, opinions and statements, as to how individuals from some parts of the world, continue to fight for equality, in terms of civil rights and freedom, and on how they win it with their abrupt use of initiatives. Let us begin.

The first two personalities that we will share the limelight with, are in the persons of John Lewis and Bryan Stevenson, who shared an illuminating and inspirational conversation together, regarding the pivotal fight of civil rights and freedom.

John Lewis is worldly renowned as a Civil Rights Leader and a longtime Congressman in the realms of the United States of America.

According to Lewis, spending his lifetime for the continuous fight for freedom and social justice is worthwhile, because he does it for the benefit of the people of America, as well as for their future. In his own point of view, the fight for Civil Rights and freedom will only be won in its entirety, if the importance of the right to vote is essentially applied by everyone living in the United States of America, and in all parts of the world, where there is a barrier that prevents them to avail such right.

Secondly, Bryan Stevenson, on the other hand, who is worldly known as one of the globe’s leading thinkers and doers that the fight for civil rights and freedom, will only be achieved, if there is a great involvement, in the part of the youth today. In addition and according to his point of view and take, the widespread share of encouraging words of wisdom among the younger generations is highly motivational in organizing concurrently, the united struggle for racial justice.

Stevenson also added that stories that are resourced both as a moving vehicle of change, and a driving force of passion, can go a long way in winning this long-time fight and can be made possible in the halls of the country’s Congress, Freedom Rides as well as a March on Washington in the United States and in other countries, relevantly to that perspective. In the guise of emphasizing his personal take on this topic and arena, a catchy and motivational line was made by him, saying: “When you see something that’s not right or fair or just, you have to say something. You have to do something.”

Third, let us rotate the lens of the spotlight to Dr. Myles Munroe. Dr. Myles Munroe is a native of the Bahamas. His Bahamian origins led him to live out his lifetime as an evangelist, ordained minister and professor of the Kingdom of God. Not only that these were his roles, he extended his purposes and thrusts, as an author, speaker and leadership consultant, who founded and led the BFMI or Bahamas Faith Ministries International, as well as the Myles Munroe International or MMI. His life, together with his beloved wife and other plane passengers, may have ended because of an inevitable plane crash that transpired on November 9, 2014, but his words of spirituality and truths about living a life centered on faith, will remain.

According to Myles Munroe, freedom and civil rights, share a correlation with each other. One tenet cannot function without the other tenet. This fight has begun, in accordance to his perspective, even at the time when the Israelites fled away from Egypt to escape slavery. This event, which was vividly reflected and written in the Holy Bible’s Old Testament of the Christians and Catholics by faith and by practice, led him to understand that, it is only through unity, cooperation, and oneness that the fight for civil rights and freedom will be won in the long run. He also believed that if civil rights and freedom are only visible and tangible in a country, wherein an individual lives, this fight will be placed as a close chapter already, hereinafter. These perspectives of Munroe, has greatly contributed and influenced, all of the other religious sects, dimensions and groups throughout the world, who firmly believes that any battle and fight, that is centered on the betterment and liberty of any individual, will be heard, recognized, initiated and finally, be won, because it has been constituted already, to the laws and Constitution of the government, in that specific nation and land.

Fourth and fifth, we will place the limelight on the two passionate teachers, and documentary makers, who featured the fight for civil rights in their documentary video, during the time of Martin Luther King Jr. and other influential Civil Rights contributors, leaders and thinkers of the United States of America, during their lifetime. They are in the person of, Mr. Robin and Mr. Willis.

According to the two History teachers, they believed that the Civil Rights Movement in the United States, way back in 1950s and 1960s, paved the way to the urgent call of fight for equal attainment of civil rights and freedom in the country, and has made a great impact as well to the entire world. The impact of this movement, led to the abolishment and eradication of the demarcation line between the Black Americans and the White Americans.

The thrust behind this movement is that the Black Americans would want to achieve equal rights in equanimous totality with the White Americans, under the law of the United States, in order to end the oppressing realities of slavery and discrimination that they have experienced all over the past centuries, decades and years.

In addition to that, Willis and Robin believe that the progressive timeline of the Civil Rights of the United States of America, was not made possible, if there was no vivid collaboration between people and persons, who share the same boat, in winning the fight and championing the cause.

Championed causes and joint initiatives of this timeline are summed up with the following which are; the constitutional promulgation of the Jim Crow Laws that begin to deny rights to Southern Blacks, the declaration of segregation, as a lawfully-abiding practice by Plessy V. Ferguson, and most importantly, the integration of the military by Truman. All of these initiatives led to the successful separation yet equal imagery, reputation and depiction, of the entirety of the United States of America.

Furthermore, Martin Luther King Jr. who was the influential and visionary leader of the Civil Rights Movement, believed that every fight and steadfast initiative, that will lead to equal privileges for individuals, to make use of civil rights and the living out of freedom in liberty, are feasible and attainable, if a non-violent approach is used and applied.

In conclusion, Robin and Willis believed that these efforts and initiatives of the US Civil Rights Leaders, lives on up to today, as other countries around the world, through their Civil Rights Advocates and Leaders, took a cue, and took a motivational inspiration and stance on the actions that they have made, all for the glory of civil rights and human freedom.